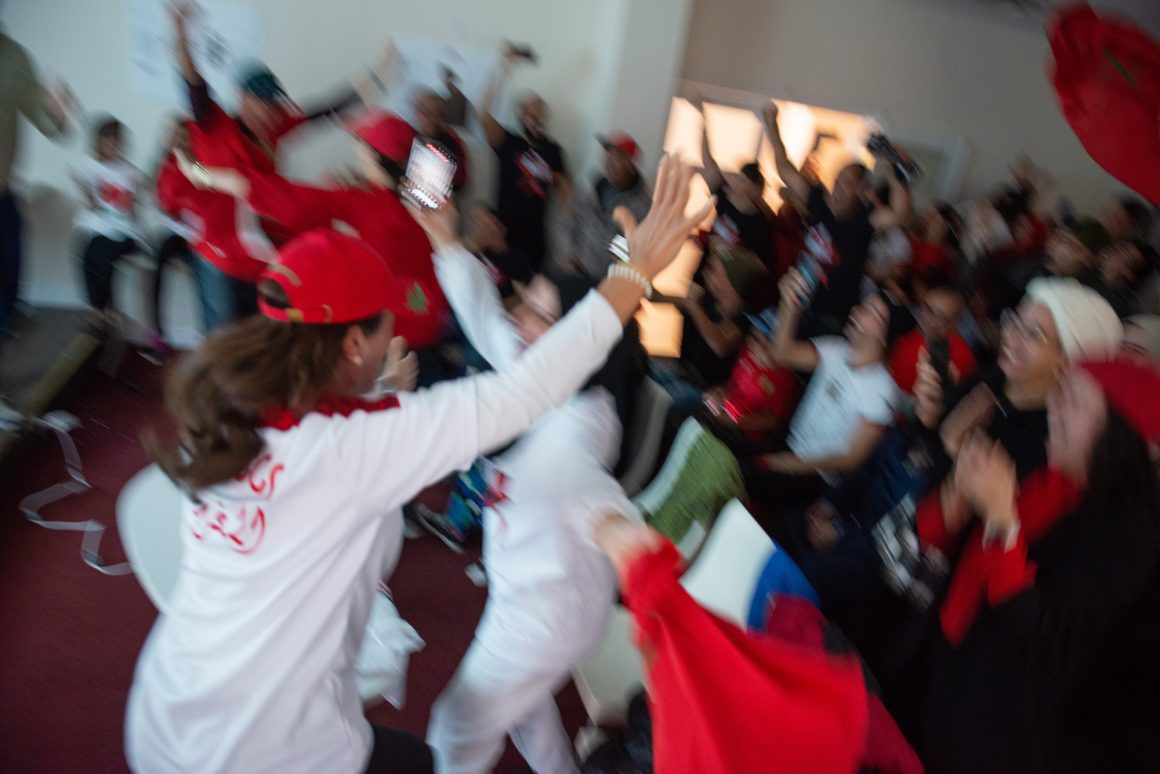 Spending the first half with the Morocco World Cup fans in Toronto on Sunday was an absolute joy and the whole reason I have continued doing this project for so many years. The game watch, hosted by the Moroccan Association of Toronto, made the gloomy Sunday (rain and Canada loss) so much more bearable. I have a new team to root for to get into the knockout stage. Even though the goal I photographed, right before the end of the first half, was eventually ruled a no goal, I was so happy Morocco scored two more goals in the second half and was rewarded for their excellent play.

One of the awesomest things about the game was having the absolutely most adorable seat mate.

It was a great viewing room, dark with a huge screen and great sound, and people were really into the game, which is always kind of nice as I’m mostly interested in photographing the universality of spectatorship and sport. It was a great room with all the great reactions!

And then, right before half, Morocco scored! Well, they put the ball in the net, only later to be called a no goal for offsides, but it was still a pretty spectacular moment. Loud, chaotic and blurry. Just the way I like it!

On top of all that, at halftime, the Moroccan Associate of Toronto put out a beautiful spread and served everyone soup and crepes and sweets. It was fantastic. If Canada wasn’t playing next there was no way I was going to leave! 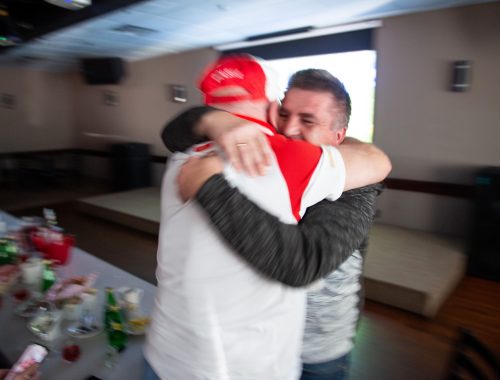 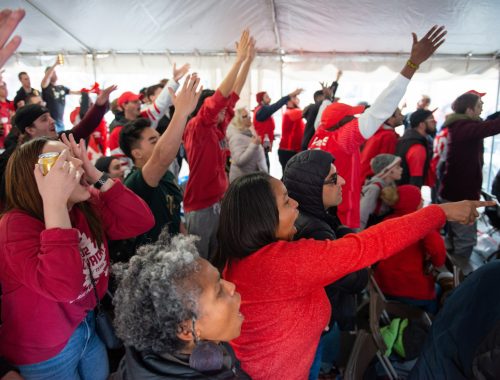 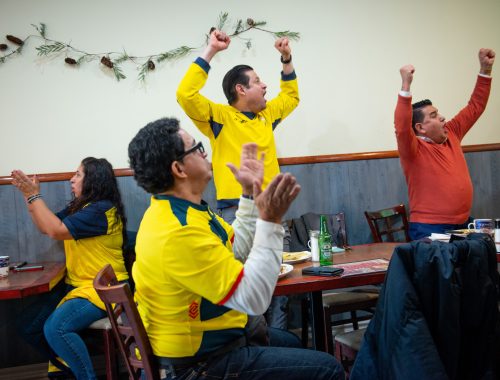