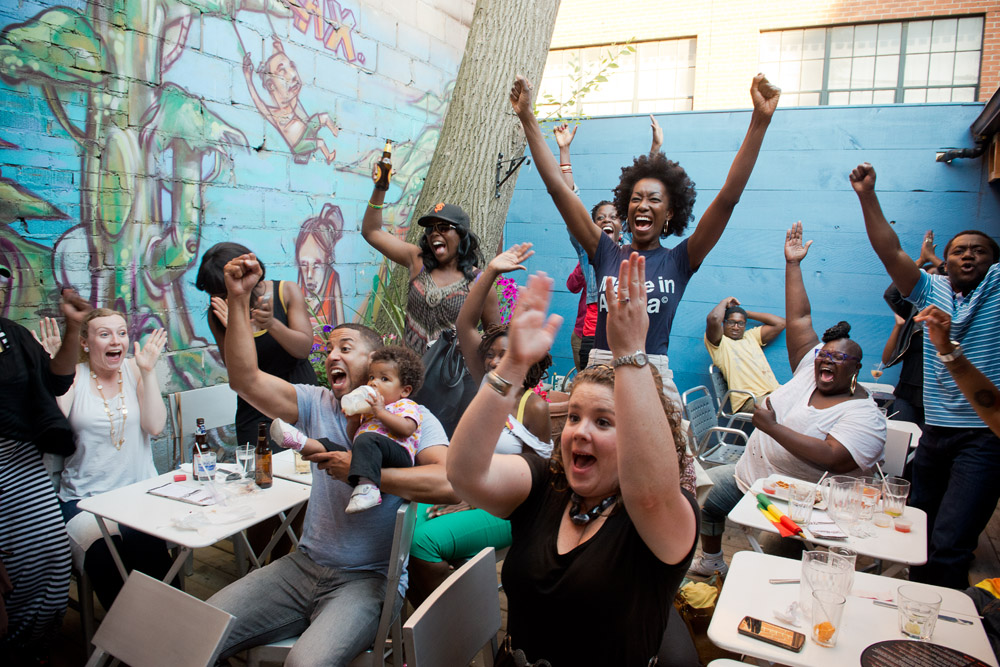 The Harlem Underground on Queen Street West in Toronto has called themselves the “Africa 2014 World Cup HQ” so I had to go down to check out a game with an african team playing. I can confidently say, it’s a great choice, with an amazing back patio, dedicated TVs with audio and great food to boot.

Ghana was the first team I was with this World Cup that had ecstasy followed by defeat. I was there in the second half when Ghana tied it up, photos are below, followed by the shock and disappointment of losing in the final minutes. It’s called a beautiful game for many reasons, but it can also be entirely heartbreaking. 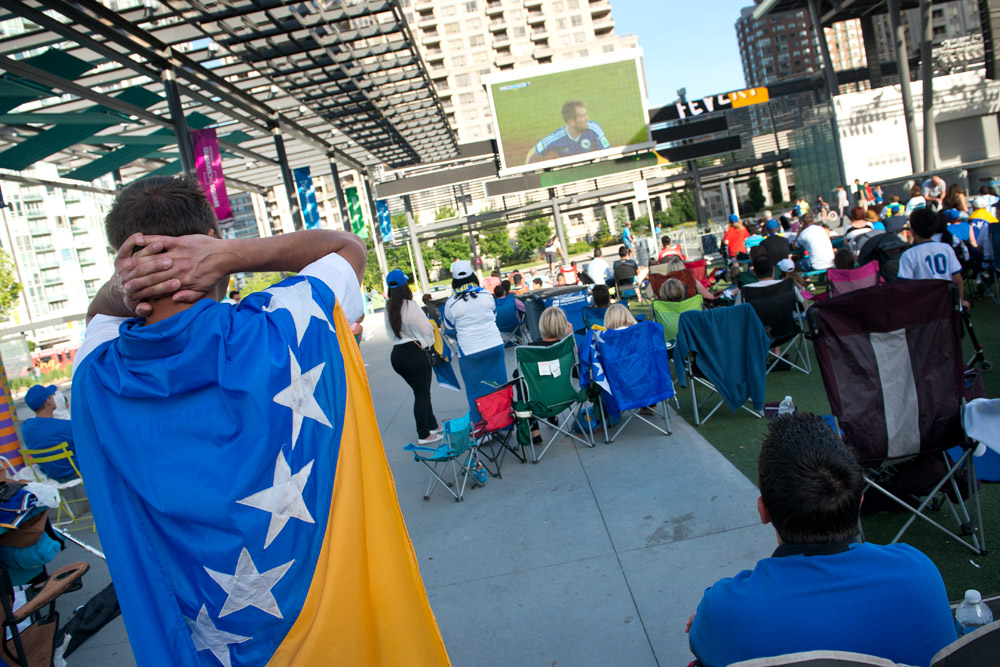 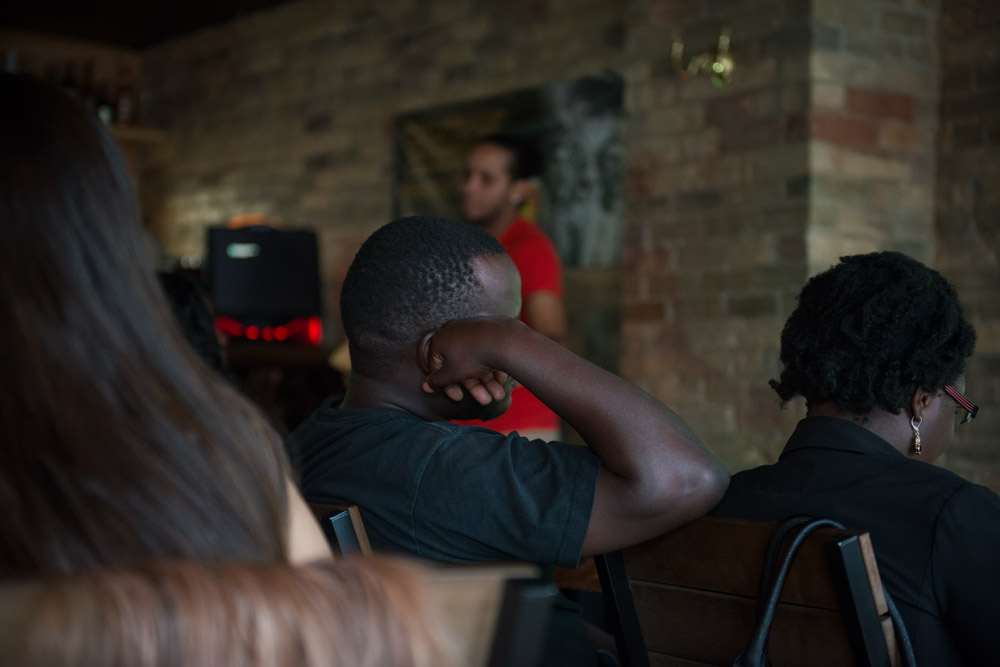 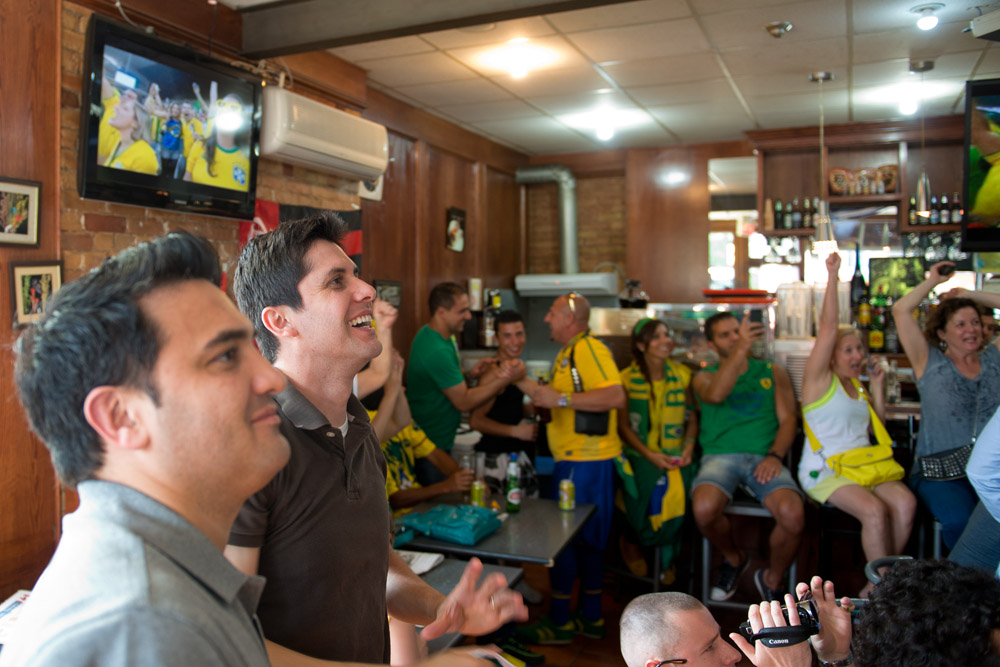