The last time I was in Croatia Parish Park was in 2006, there were no goals in the match, it was relatively borning, but I remember it fondly and have always loved the checkered uniforms of the Croatian fans. With Croatia so dominate in the group stage of the 2018 FIFA World Cup, I was eager to return to watch a knockout match, hoping to capture the enthusiastic fans base. It was incredible. The game was tense, the shoot-out was bonkers and the celebration was beyond what I’ve seen. I took video of the experience I hope to add in the future. This is Croatia World Cup Toronto, although clearly, it’s in Mississauga.

I’d have a tough time breaking down the highs-and-lows of this game, so I’m just going to show you my favourite three photos from the afternoon (notice how they show the highs-and-lows?), and then break the rest of the match by events briefly. Regardless, you’re likely not reading this writing anyway, so I hope you enjoy the photos. I had the most amazing, albeit sweaty, afternoon!

The only two goals of the game were scored in the first four minutes of the match. To everyones surprise, Denmark managed to score in the first minute, but Croatia responded almost immediate to tie the game. It stayed that way until the shoot-out. Below is a chronological progression through the match, you’ll see the cheering in the first two photos is me just arriving to see the Croatia goal. It’s not super often teams score in the first five minutes, so you’ll have to excuse my tardiness.

This was a crazy moment. In the 116th minute, Croatia was awarded a penalty kick. The next two shots was the excitement (I’m repeating a photo from the top of this post in it’s correct order).

And then there was confusion and silence. The following photos are responses to the shoot-out, including FIVE saves, including three by Croatia’s net-minder, Danijel Subasic.

This is Croatia World Cup Toronto. 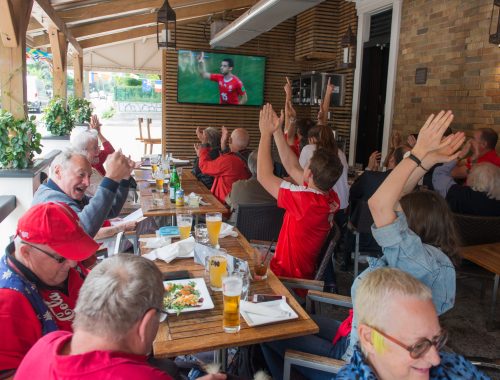 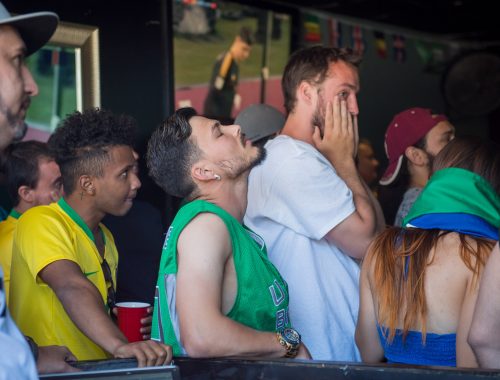 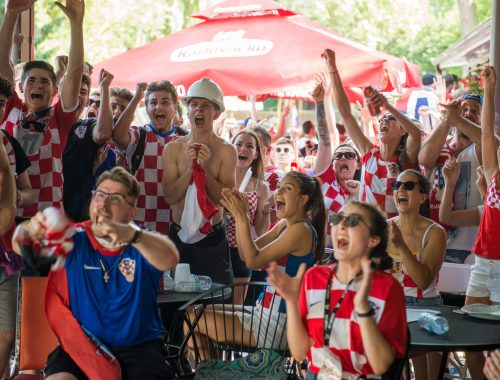